The New Zealand arrow squid fishery is based on two related species (Nototodarus gouldi and N. sloanii). Arrow squid have a short lifespan and rapid growth. They generally live for one year, spawn once and then die.

The fishery operates in three main areas of New Zealand (SQU 1T, SQU 1J, and SQU 6T).  Except for the Southern Islands fishery (SQU 6T), for which a separate commercial catch is set, the two species are managed as a single fishery within an overall Total Allowable Commercial Catch (TACC) limit.

The Southern Islands fishery is almost entirely a trawl fishery. The Auckland Island shelf squid are also readily accessible and attractive to trawlers because they can be caught with little finfish bycatch. The squid jig fishery has been negligible for several years now.

Arrow squid is managed by Fisheries New Zealand (FNZ) using the Quota Management System (QMS). FNZ works in partnership with Deepwater Group (a not for profit organisation that works on behalf of fisheries quota owners) to manage and monitor the fishery. 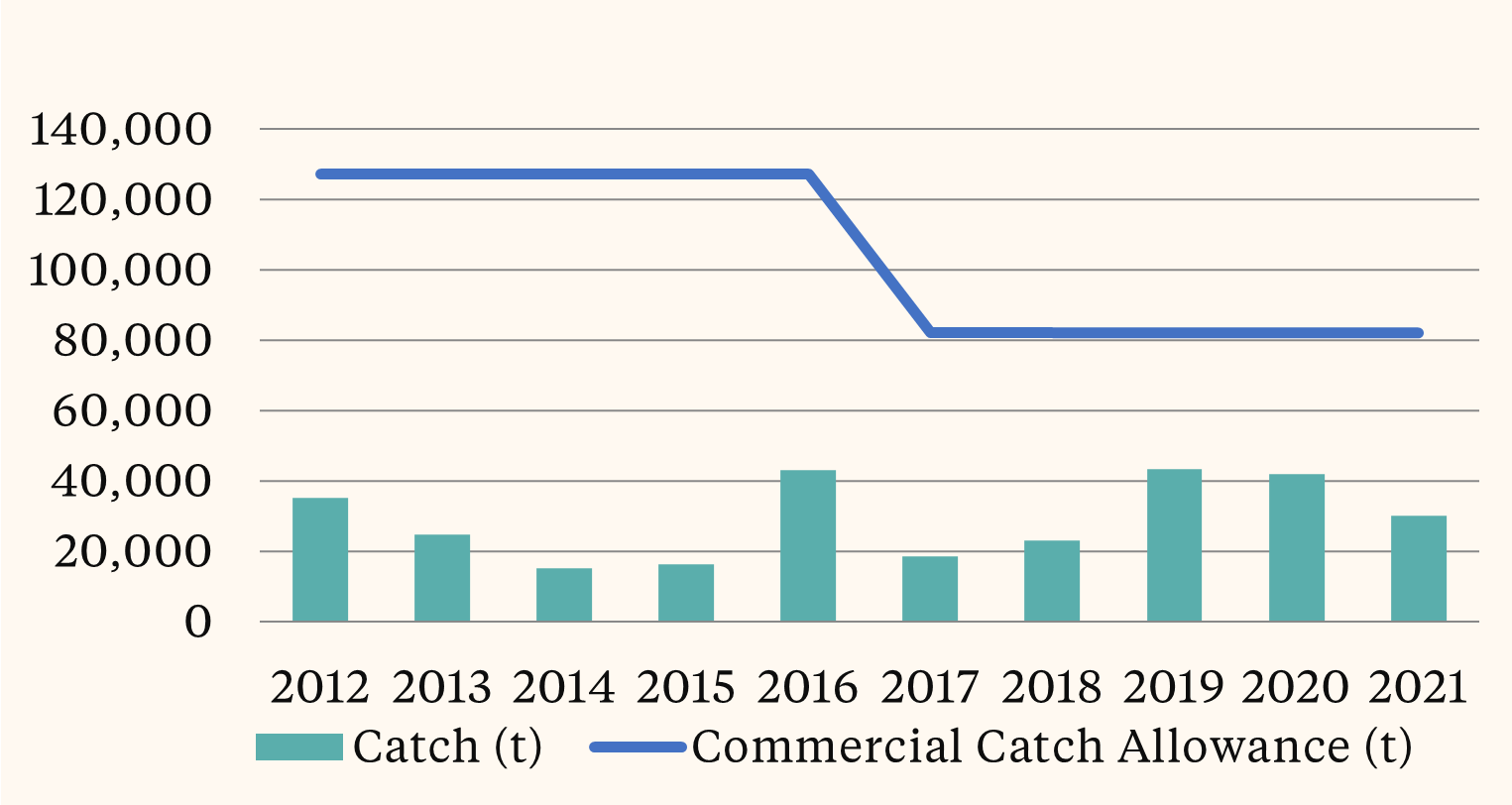 Click the button above to download the arrow squid factsheet which collates relevant information from across the site into a single PDF. The professionally designed format makes it easy to share soft copies and print hard copies.