The New Zealand southern blue whiting trawl fishery is a well managed and sustainable fishery in accordance with the Marine Stewardship Council's Principles and Criteria for Sustainable Fishing.

Southern blue whiting are harvested almost entirely by mid-water and semi-pelagic trawl and are generally found in sub-Antarctic waters. They are mostly harvested at depths of 250 m to 600 m, with the main fishing grounds to the south of New Zealand.

Southern blue whiting are managed by Fisheries New Zealand using the Quota Management System (QMS). The Ministry works in partnership with Deepwater Group  (a not for profit organisation that works on behalf of fisheries quota owners). The two parties have developed a single joint-management framework with agreed strategic and operational priorities and workplans. The partnership is focused on determining the maximum economic yield of the deepwater fisheries by setting catch limits that maximise returns over the long-term within the constraints of ecological sustainability. 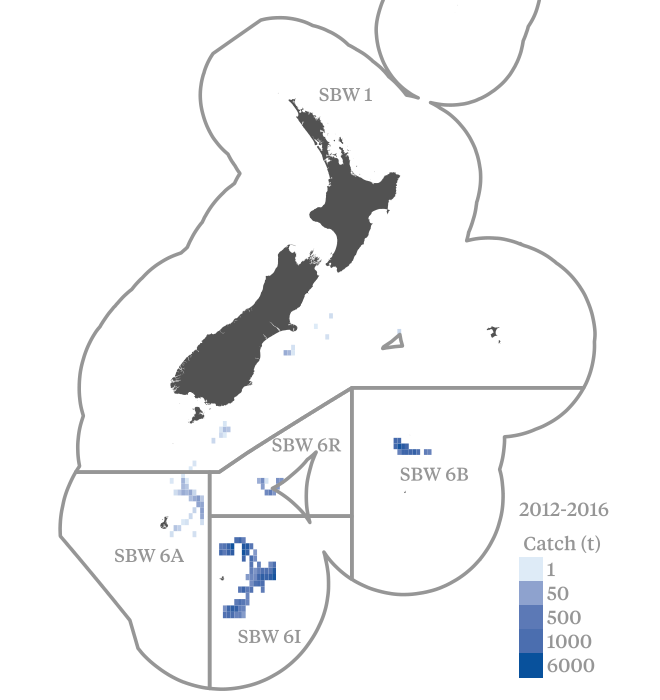 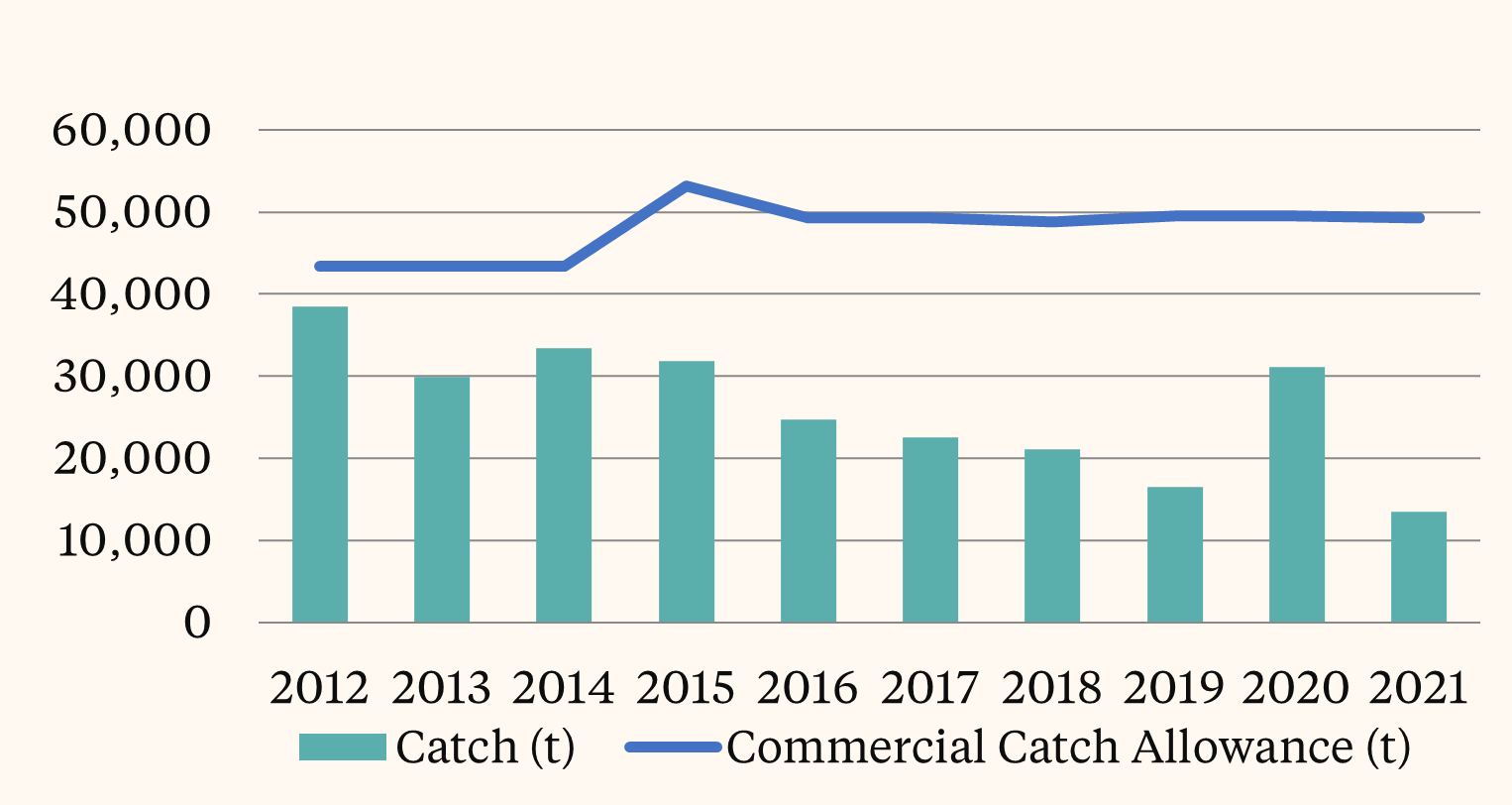 Key interactions appear to be with sea lions and fur seals, and a recent risk-based analysis placed seals and sea lions within the higher end of the medium risk category with respect to trawl fisheries (noting that this included the squid trawl fishery and was across the New Zealand EEZ). Given that fur seal numbers are widely considered to be increasing, the fishery interaction rate appears highly unlikely to affect the population.

The southern blue whiting trawl fishery is not thought by experts to represent an especially high risk for seabird populations, as long as effective management measures, including mitigation, are in place. By law, trawlers over 28 m in length fishing in New Zealand waters are required to use one of three specified devices to reduce seabird interactions with trawl warps; paired streamer lines, a bird baffler or a warp scarer.

Studies are ongoing to identify the distribution and potential interaction rates of the fishery with protected cold-water coral species. Recent analyses of observer records suggested near-zero interactions with main coral groups. While the observer records do not provide complete coverage of the fishery, the infrequent encounters of ETP species in the available data, combined with the fishery footprint and semi-pelagic fishing method, suggest that it is highly unlikely that trawl fishing for southern blue whiting will create unacceptable impacts.

Principle 3 requires that a fishery is subject to an effective management system that respects local, national, and international laws and standards and incorporates institutional and operational frameworks that require the use of the resource to be responsible and sustainable.

The southern blue whiting management system has an effective monitoring, control and surveillance system, including satellite vessel monitoring systems, government observers, and accurate reporting and record-keeping. Sanctions to deal with non-compliance in the fishery exist, and are consistently applied. However, the preferred approach is to work collaboratively with industry to prevent non-compliance.

The National Fisheries Plan for Deepwater has specific objectives for southern blue whiting that directly guide actions in the fishery. These are specified in the Annual Operating Plan and progress reported in the Annual Review Report.

The southern blue whiting fishery has been managed within the Quota Management System since its inception in 1986.

There are no conditions.

Click the above button to download the southern blue whiting factsheet which collates relevant information from across the site into a single PDF. The professionally designed format makes it easy to share soft copies and print hard copies.